About a month ago, I had one of the most amazing experiences of my life at Bonnaroo Music and Arts Festival! Alex and I traveled to Manchester, Tennessee with four of our friends to camp for four nights at Bonnaroo. We all had an incredible time.

I would give tips about going to Bonnaroo, but there are many very detailed blog posts about Bonnaroo and what to pack, what to expect, et cetera on the web, so to avoid repetition, I will just sum up my top 10 tips for Bonnaroo and then recap some of my favorite moments.

1.  Bring a large thermos or camelpak for water. It will stay cold a lot longer than bringing multiple bottles, and it is easier to refill. I brought this one and loved it.

2. Bring snacks with you into Centeroo. The food is a little pricier than I imagined and less healthy, so I was glad that I had options like apples and jerky to snack on during the day.

3. Speaking of food, do not miss the Amish Baking Company. A month later and I am still salivating at the thought of the deliciously fluffy glazed donuts and the buttery pretzels. Once our group discovered this, we had them every day.

4. As for drinks, the security was tougher than I thought it would be. You can definitely stuff beer/wine in the bottom of your bag, but if not, definitely go to the Brooer’s Festival. There were some fantastic craft beers and they were the same price as a Miller Light! With that said, I drank a lot less than I thought I would due to the heat, so alcohol was almost a second thought.

5. Bring a boat shower. One of our friends brought one and we all were very grateful to have any kind of shower at all!

6. Wear the most comfortable shoes possible. All of our feet were killing us after four days of standing, walking, dancing, and jumping. Bonnaroo is not for sissies.

7. Skip the comedy hour. The lines are insanely long and unless you are dying to see someone perform, it’s not worth missing bands and artists.

8. Take time to walk around and explore all of the non-music activities Bonnaroo has to offer. There are a lot of unique things to do and it’s worth getting there early to see them and participate in them.

9. There are SO MANY good bands, almost (but not quite) to a fault. You will definitely have to make decisions because there are sure to be schedule conflicts, but it is Bonnaroo and everything works out perfectly. I probably planned too much, but I did get to see pretty much every show that I wanted to see, so I was very happy!

10. Finally, get ready for four of the best days of your life! Bonnaroo was an unforgettable experience and I cannot wait to go to my next music festival!

And one extra for you: Free Ben and Jerry’s. Enough said! 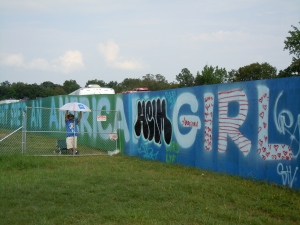 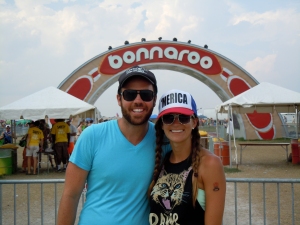 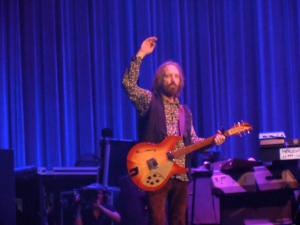 I think it’s safe to say Bonnaroo fulfilled on all of its promises and I cannot wait for the next one!

Hi there! I'm Crystal. Please follow my adventures! I will keep you updated on my travels and experiences with new places, people, cuisine, and cultures. Feel free to email me directly at candietravels@gmail.com for partnership opportunities or if you just want to chat!